5 Reasons You can Challenge a Will in New Jersey 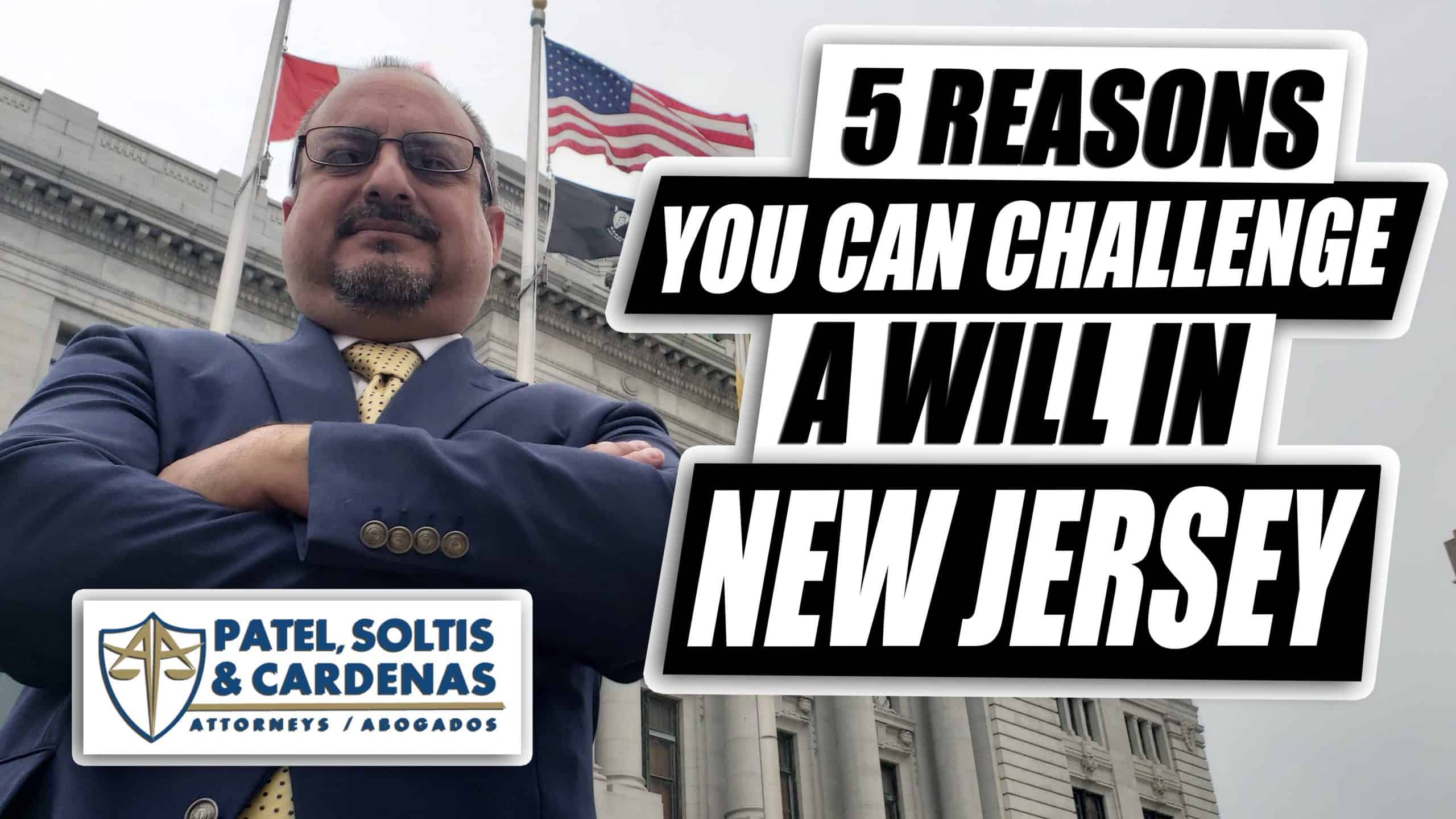 Can I Challenge a Will in New Jersey?

There are several legal reasons for a Will contest in New Jersey, but it can be extremely difficult to prove any one of them:

For the purpose of this article I will concentrate on the last two.

Undue influence has its challenges when challenging a will under this legal principle because people tend to become weaker both physically and mentally as they age, and this can make them more susceptible to the influence of others. The key to undue influence in the context of a will contest is this:

New Jersey Surrogate Courts define undue influence in the context as “mental, moral or physical” exertion by a person in a confidential relationship with the testator. However, the actions must be so strong that they destroy the testator’s free will to leave her/his property in the proportions and to whom she/he would otherwise have done.

Mere nagging, threats, and verbal abuse are not enough to establish undue influence. Proving it typically involves actions such as consulting with the testator’s attorney regarding the provisions of the will, paying for the will, and isolating the testator from his family and friends.

The person who is contesting the will has the burden of proving undue influence, but if the contestant can show that the will is written to benefit someone in a confidential relationship and that there are suspicious circumstances, a presumption of undue influence is created, shifting the burden to the proponent (defender) of the will to overcome that presumption.

Undue influence is exceedingly difficult to prove in court.

When it comes to the testator’s testamentary capacity, the law assumes that adult individuals have mental capacity, that is, they can make rational decisions on their own behalf. However, the law does not expect or require that they make rational decisions. Competent individuals of all ages, old and young, have the right to make foolish, eccentric, or idiosyncratic decisions. For better or worse, all of us are free to make bad decisions.

In addition, a person’s capacity may change from day to day, depending on the course of the illness, fatigue, and the effects of medication. People with chronic illness have good days and bad days. Some may experience changes in capacity even during the day and be more alert in the morning, or maybe have their best time in the afternoon. Legal competency is not something that a person either has or does not have – it can be quite variable.

The purpose for which the capacity is being determined is also important and the standard varies depending on the purpose. For instance, a higher standard is applied for having a guardian appointed then for making a will or giving informed consent to medical treatment.

What surprises most people is that the capacity to make a will, called testamentary capacity, is the lowest level of capacity in the law. All that is required is that the person making the will must,

The Law Offices of Patel & Cardenas

Litigation Pros - We Win Cases Others Turn Away