is an attorney licensed to practice in New York and New Jersey. He was a graduate of University College at Rutgers in 2009 and Rutgers School of Law-Newark in 2013.

During his college years, Mr. Patel who entered through the EOF program, was a highly decorated student leader, serving as the University College Student Government President for two years. In this position, Mr. Patel served on the University on the Middle-States Accreditation Committee, University Budget and Finance Committee, Rutgers-Newark Honorary Degree Committee, and gave the student commencement speech for the Newark College of Arts and Sciences & University College, Class of 2009.  The video can be seen here, .Mr. Patel also participated in University Greek Life by joining Sigma Lambda Beta, International Fraternity Incorporated.

In 2010, Mr. Patel had served as United States Senator Cory Booker’s Correspondence Secretary in City Hall in Newark during his term as Mayor. There, Mr. Patel operated and managed the correspondence system for the Mayor’s Office, which included oversight of the Mayoral signature. He assisted in drafting and maintaining a uniform political message for the administration. Mr. Patel held daily private meetings with the Senator to draft correspondences and manage policy issues.

In 2013, Mr. Patel served under the Hon. Sherry Hutchins-Henderson, J.S.C. as a Law Clerk in the Superior Court of New Jersey. There, he assisted the Court in managing motions, appeals, and trials touching upon criminal matters in Essex County. His responsibilities including drafting and briefing the Court with bench memorandums and proposed opinions. Mr. Patel worked with the Court during multiple high-profile trials where charges included homicide, drugs, weapons, and robbery.

In 2015, Mr. Patel worked with E. Waters & Associates as a foreclosure litigation associate. Here, Mr. Patel assisted homeowners and investors in keeping their homes and modifying their loans. Mr. Patel also assisted the firm in complex litigation matters including those issues that dealt with the Attorney General of both New York and New Jersey. 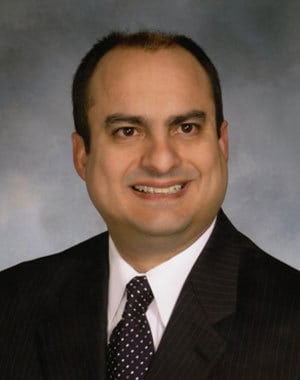 is a graduate of the Rutgers University School of Law and an admitted attorney in the State of New Jersey. Since graduation, he has held various positions in the legal field. Currently, he works at Patel & Soltis, LLC, in Jersey City, New Jersey. In his new legal career, Lazaro takes pride in assisting clients in various legal matters, from foreclosure defense to immigration issues.

In addition, he serves on the boards of directors of some of the leading Latino advocacy organizations in New Jersey including the Latino Coalition of New Jersey where he serves as Deputy Director, and the Latino Action Network where he is a director. As a Latino activist and an active member of Hispanics Inspiring Students’ Performance and Achievement (HISPA), he is a regular speaker at schools throughout New Jersey discussing the importance of education and issues that impact Latinos and minorities. He is a founding chair of the Latino Festival of Monmouth County, established in 2005.

Lazaro has been a leader in defending the rights of immigrants; most recently he worked closely to ensure that everyone had equal access to the courts. His work in Monmouth County in defense of the immigrant community is well documented. He is a tireless advocate for education, his most recent effort
was to work with lawyers and legislators to assist Freehold Borough schools obtain funding for a school expansion.

In April 2006, Acting Governor Richard J. Codey appointed Cardenas to serve on the Freehold Housing Authority as Commissioner with the mission of overseeing its functions. He was reappointed to this commission, by Governor Jon Corzine, in April of 2010, and still serves as Commissioner.

Prior to his law career Lazaro worked in the financial services industry from 1991 till 2014. For 18 years he worked as Director of Information Technology at Prudential Insurance Company of America where he managed a team specializing in engineering technical solutions to solve business problems.
Cardenas resides in Freehold, New Jersey with his wife (Yeni) and two sons (Andres and Alejandro). He is a graduate of Brookdale Community College. He also holds a Bachelor’s degree and a Juris Doctorate degree from Rutgers University and is a member of both the Brookdale and Rutgers University Alumni Association. Laz is a partner at Patel, Cardenas & Bost, LLC.

Should the Electoral College be abolished? – NJ.com

Jason has also worked extensively with non-profit organizations and has a passion for teaching and community-based work.  He currently teaches basic and advanced civil litigation procedure as well as business law and graduate courses in business ethics. He also volunteers as a tutor with Princeton University’s PTI (Prison Teaching Initiative) where he provides tutoring services to incarcerated individuals working towards obtaining college degrees and coaches gymnastics for the New Jersey Special Olympics. He recently had his first book published and spends considerable time speaking and advocating for criminal and social justice reform. (more info on the book and speaking engagements can be found here: www.JasonBost.com). Jason is a partner at Patel, Cardenas & Bost LLC.

Schedule an Appointment or Contact Us With a Message

We look forward to hearing from you. Please feel free to get in touch via the form. We will get back to you shortly.  Call us at (844) 533-3367 or to contact us directly by email please use: Contact@PSCBLaw.com

Speak with our team to get experienced advice

We have over 30 years of legal experience.

We understand that nothing is more important than the emotional, financial and spiritual health of your family, through its many transitions. We are here to help you. The mission of PCB Law offices is to provide our clients with the best legal advice possible.

Freehold, NJ - For Mail and Service

Give Us A Call

Send Us A Message

We have agents manning phones 24 hours a day for emergencies.

The Law Offices of Patel, Cardenas, & Bost provide probate, real estate, litigation, cannabis, entertainment, immigration, bankruptcy, foreclosure and loan modification representation to clients throughout the State of New Jersey and New York area with offices in Jersey City, Freehold, Hackensack, The Bronx, Brooklyn, and Rochester. This website is a Legal Advertisement. The information on this website is for general information purposes only. Nothing on this site should be taken as legal advice for any individual case or situation. This information is not intended to create, and receipt or viewing does not constitute an attorney client relationship. We are attorneys, but we are not your attorneys until a retainer has been signed.

ATTORNEY ADVERTISING. Past results do not guarantee future outcome. We are a debt relief agency. We help people file for relief under the Bankruptcy Code.

This site is designed to be accessible to and usable by people with and without disabilities. Please contact us if you encounter an accessibility or usability issue on this site.

This Website is for informational purposes only, is not intended as legal advice, and does not substitute for consulting with a lawyer about specific facts and circumstances. This Website does not constitute a solicitation, and your use of this Website does not create any attorney-client relationship between you and the Law Offices of Patel, Cardenas and Bost.